It was just an ugly month of June for investors and for that matter the 1st half of 2022.  All asset classes seemed to fall except for the US dollar.  The month started with a “peak inflation” narrative that was quickly put to rest after a dismal CPI report that showed no moderation in prices.  Consumer Confidence and Sentiment indicators have plummeted and are clearly problematic for investors.  Retail Sales figures announced in June were also disappointing.  The housing market has simmered down after mortgage rates hit 13-year highs.  That said, the labor market continues to be strong, and generally speaking, consumer and corporate balance sheets are in good shape. 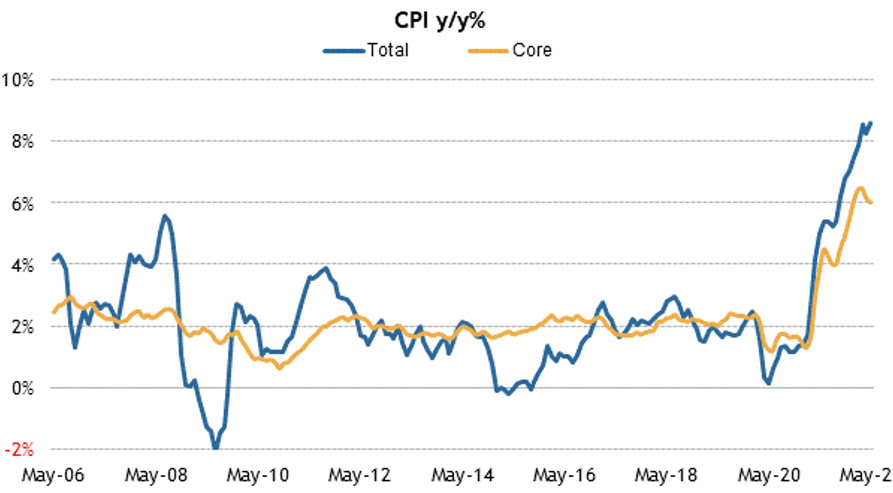 Inflation continued to be top of mind for investors and global Central Bankers, who vowed to get prices under control.  The Federal Reserve raised its policy rate by 75 basis points and telegraphed the need for more hikes in the next two meetings.  The UK, Australia, Canada, and Brazil followed suit by raising their respective policy rates.  The ECB announced that it would end its QE program earlier than had been expected and announced that it would raise its policy rate in its July meeting.  On the other hand, Japan and China continued to stimulate their economies. 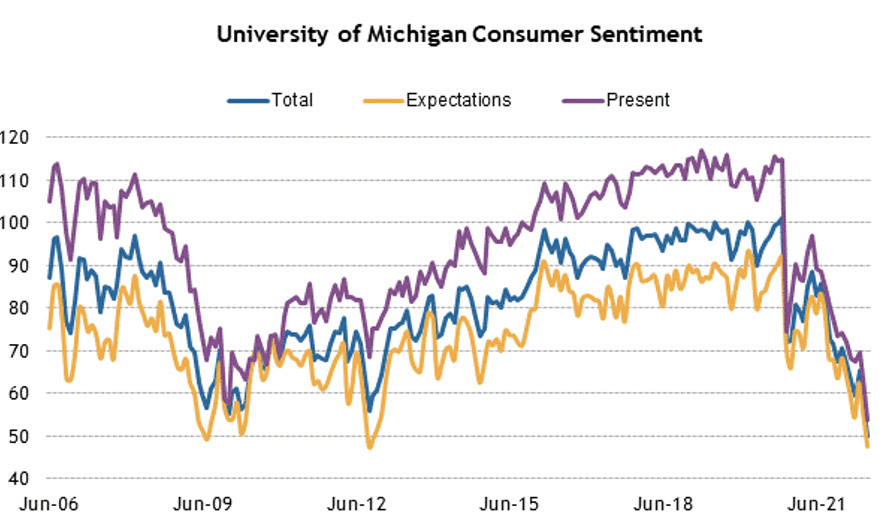 The tightening of financial conditions stoked fears of recession.  In reality, the US economy may already be in a recession.  The 3rd estimate of Q1 US GDP was revised lower to -1.6%, and the Atlanta Fed has projected 2nd quarter GDP to fall by 2.1%.  Technically, a recession is defined as two consecutive quarters of negative GDP growth.  The million-dollar question at hand is how much of this is priced into the market.  History shows the nadir of the S&P 500 while in recession at -24%.  We have touched that level, but the jury is still out.  The balancing act by the Fed and other Central banks is going to be difficult and has been conceded to most likely end in a bumpy or hard landing. 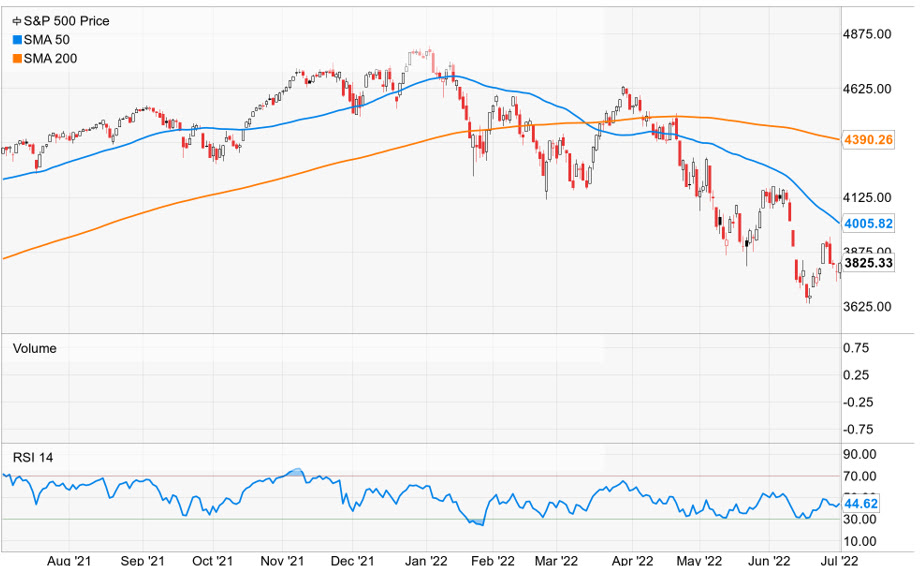 Investment advisory services offered through Foundations Investment Advisors, LLC (“FIA”), an SEC registered investment adviser. FIA’s Darren Leavitt authors this commentary which may include information and statistical data obtained from and/or prepared by third party sources that FIA deems reliable but in no way does FIA guarantee the accuracy or completeness.  All such third party information and statistical data contained herein is subject to change without notice.  Nothing herein constitutes legal, tax or investment advice or any recommendation that any security, portfolio of securities, or investment strategy is suitable for any specific person.  Personal investment advice can only be rendered after the engagement of FIA for services, execution of required documentation, including receipt of required disclosures.  All investments involvement risk and past performance is no guarantee of future results. For registration information on FIA, please go to https://adviserinfo.sec.gov/ and search by our firm name or by our CRD #175083. Advisory services are only offered to clients or prospective clients where FIA and its representatives are properly licensed or exempted.